CHILDREN OF THE CROSSING:

This story starts 20 years ago. 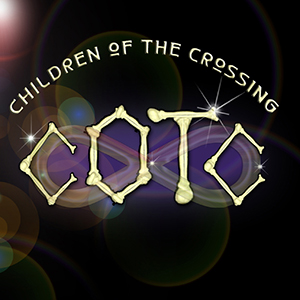 Once in a while a group of individuals come together and they create some awesome music. COTC was one of those groups and definitely one of my favorites.

The Band originally consisted of Bobby Lebel/Vocals, Guitars, Mandolin etc.  (Bobby is one of the guitarists who has also played in The Road.)

We would get together once a week at my place in Woodland Hills California and write songs. Usually, but not always, I would bring in a bass line I had written as far back as the 1970′s and we would build a song around it. Bobby would get the guitar parts together and we would create a song. Pug was an awesome drummer and in addition to that he had the ability to write lyrics. He was very tuned into life and his perceptions about life and people were the gift he brought into COTC, definitely a true artist. Mark was the cheerleader and was awesome at letting it all happen and keeping us all on track.

We would write one song a week. We finally got in the studio and recorded the drum and bass tracks at Chick Corea’s recording studio in Los Angeles (Mad Hatter). Mark was the manager of the studio so after hours we would go in and record tracks.

Larry Mah (also Mad Hatter staff at that time) was our engineer and we would lay down tracks.

Eventually the band broke up but a few years later  Bobby sent me a CD of tracks with guitars, mandolins and lead vocals which he recorded on various different recording machines back in Buffalo i.e.. Fostex 16 track Reel to Reel And Adat Machines.

I listened to this CD and Bobby had done an amazing job of putting it all together but I didn’t like the sound of the bass and drums. By now Pug was living in Florida so I called up another drummer Bobby and I had worked with here in Los Angeles, Ben Beckley.

I brought Ben over to my studio and in the very hot summer of 2003 and we laid down the drum tracks for all the songs. Ben was and is a very excellent and creative drummer. 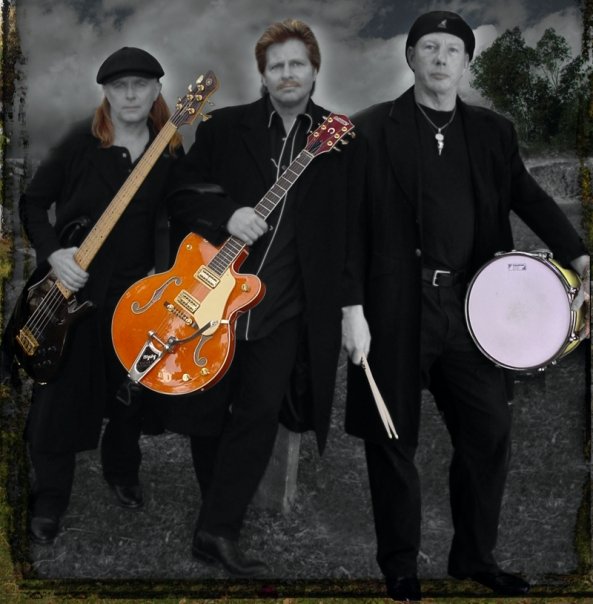 Now I start listening to these tracks for new bass ideas that I can record. As I listened to these songs I realized they were wide open for me to create some awesome bass parts. Like Bobby had done with guitars and various other stringed instruments I pulled out my fretted and fretless basses and lived in my studio for a month creating and recording all these new bass parts.

While this was all happening my good friend Chuck Jacobs (Bass player for Kenny Rogers) who is also an awesome graphic artist helped me design the logo and CD cover and pages for the COTC album. At this point I needed someone to mix these songs. Chuck suggested I call Randy Dorman (Guitarist for Kenny Rogers) as Randy is an amazing mixer and has a state of the art recording studio in Nashville.

I send Randy all the music which was recorded on no lest than three different machines including, Fostex Reel to Reel, Adat and now my protools recordings of drums and basses.

Randy gets these recordings and put them all together in his hard drives and proceeds to mix. By now Randy and I are calling the project the Frankenstein project as there are recordings/parts coming from everywhere. As he is mixing I am coming up with other bass parts to layer over the top of some of my basic tracks.

As an example Bad Karma has three different bass tracks. A basic bass track, A percussive bass track that drives the whole song and a fretless track that weaves in and out of the song. Now to top it off I call my good friend and bass legend John Patitucci (Who has played with The Chick Corea Elektric Band, Wayne Shorter and so many other legendary players)) and John puts down an amazing melodic bass solo on Bad Karma as well as some very beautiful harmonic stylings (as Chuck Jacobs calls them).

We finished the album and graphics but as with so many great projects it just got shelved as by now Bobby has a new project and has moved back to Buffalo NY. Pug moved also and is playing in Florida and Mark has all kinds of projects keeps him busy. I also got very busy.

So here is another project you will probably never hear of. I have posted 4 of the songs for you to listen too. Feel free to get back to me with your feedback. Hope you enjoy them.